TAMPA, Fla. — All along, everybody associated with the Dallas Cowboys said they believed Dak Prescott would be Dak Prescott in the 2021 season opener.

It turns out they were right, but that was not enough to overcome Tom Brady and the defending Super Bowl champion Tampa Bay Buccaneers. The Cowboys lost 31-29 on a 36-yard field goal by Ryan Succop with two seconds to play Thursday night.

Considering it was Prescott’s first live action in 11 months coming off a dislocation and compound fracture of his right ankle and a training camp in which he was limited by a strained latissimus muscle in his right shoulder, his play was astonishing if not highly surprising.

A 31-yard completion on third and 11 to CeeDee Lamb on the play after the two-minute warning put the Cowboys in position for Greg Zuerlein‘s go-ahead field goal with 1:24 to play from 48 yards, but Brady answered Prescott’s greatness with greatness of his own.

Prescott finished with 403 yards, matching his career high in completions (42) and setting a career-high in attempts (58) to go with three touchdown passes and one interception. It was the eighth game of at least 400 yards passing in his career and fourth in his last six starts.

Throwing this much might not be the best formula for the Cowboys. Prescott is now 4-11 when he throws 40 or more passes in a game.

At 5:54 p.m. ET, Prescott made his first appearance on the field, going through what is now a normal warmup for his surgically repaired right ankle and his typical hip-thrusting, shoulder-twisting exercises. During pregame warmups, he could not stand still, walking side to side, glad-handing teammates as he burned nervous energy.

Once the game started, he looked the way he did when healthy in 2020.

He attempted a personal-record 32 passes in the first half. Only one quarterback threw more passes before halftime last season: The Kansas City Chiefs‘ Patrick Mahomes had 33 against the Buccaneers in Week 12. By the end of the third quarter, he had 47 pass attempts, the most by any quarterback through three quarters in a game since Aaron Rodgers in Week 7 against the Chicago Bears 2016 when Mike McCarthy was the Green Bay Packers‘ coach.

His first completion went for 28 yards to Amari Cooper. After the Buccaneers took a 7-0 lead on a 94-yard drive, Prescott answered by completing all seven of his passes for 75 yards, culminating with a 22-yard touchdown pass to Lamb on a double move.

In the second quarter, he threw his first of two touchdown passes to Cooper, scooping up a low snap from Tyler Biadasz and calmly firing a pass to the pylon for Cooper. On the previous play, Prescott had his first run, a 7-yard gain, on a broken play.

On the third play of the second half, Prescott showed he could still take a hit, getting hammered by Ndamukong Suh as he completed a first-down pass to Cooper on a drive that ended in a field goal. Offensive coordinator Kellen Moore called a quarterback goal-to-goal run for Prescott later in that drive, and he was able to elude the Buccaneers’ pressure.

He was sacked only once on a night when the Cowboys did not have their best offensive lineman, right guard Zack Martin, who is on the reserve/COVID-19 list.

He had his first opening-day interception in six games when a deep throw to Lamb deflected off Lamb’s hands into Carlton Davis‘ hands.

To set up Zuerlein’s kick, Prescott overcame two holding penalties by his offensive line, found Lamb for his longest pass of the game and hit Cooper for a 10-yard gain to put the Cowboys in field goal range.

In many ways Prescott’s night mirrored 2020. He put up giant numbers, but the Cowboys still lost anyway with the defense unable to protect the lead with Brady’s heroics.

In the first four full games, he attempted at least 39 passes. He threw for 450, 472 and 502 yards in three straight games with eight touchdowns and three interceptions in Weeks 2-4 before his season ended Oct. 11, 2020 against the New York Giants. He was on pace to throw for more than 6,000 yards when he got hurt.

He underwent two surgeries after getting hurt, endured hours of rehab, signed a $160 million contract in March and dealt with constant questions about his shoulder after pulling himself out of a July 28 practice.

He answered every question Thursday, even if he and the Cowboys never had any. 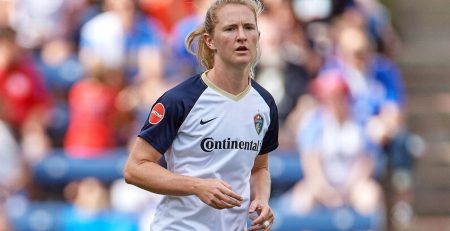 BC star OL Mahogany out for year with torn ACL

5:15 PM ETPete ThamelESPN One of the top offensive linemen in the ACC is expected to miss the 2022... read more 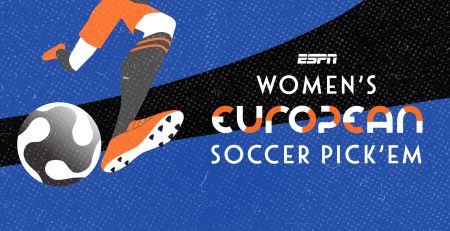 5:47 PM ETIn an ideal world for England, by the time July 31 ticks around, the intricacies of this... read more

3:26 PM ETA manager's explanations for a striker who doesn't score are well-known by now."His link-up play is excellent.""He's... read more 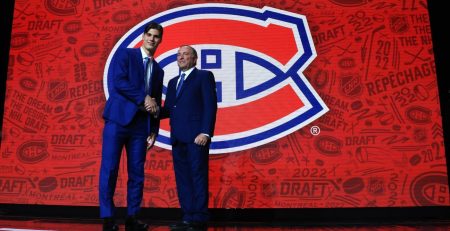 Habs get Slafkovsky at No. 1; Wright falls to 4th 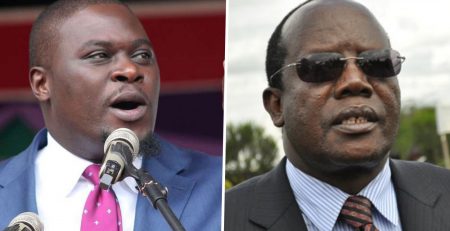 10:09 AM ETBillionaire Sir Jim Ratcliffe has made a dramatic late offer of £4.25 billion to buy Chelsea as... read more 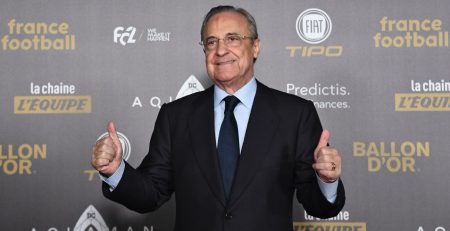 6:27 AM ETReal Madrid president Florentino Perez has again blasted UEFA for its opposition to the Super League, vowed... read more